PEMF for Migraines: Everything You Need to Know

Can you use PEMF for migraines?

A common question we hear is, “Can I use PEMF for migraines?”

The answer is yes. Using PEMF therapy for migraines can help to both prevent an attack and eliminate the symptoms of a migraine. By aiding your body’s natural healing processes, you can effectively solve the root causes of your migraine headaches and get the relief you need.

How does it work? Is it more effective than other common treatments, such as prescription medication?

In this post, we uncover everything you need to know about using PEMF for migraines and how to get started. 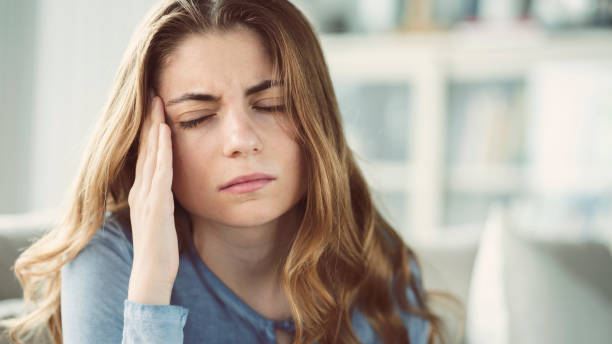 Why use PEMF for migraines?

Before we explain how PEMF works, we want you to know that we understand how frustrating and debilitating migraines can be. An estimated 39 million Americans suffer from migraines, according to the American Migraine Foundation. Worldwide, those numbers balloon to 1 billion people, making it one of the most common ailments on the planet.

If you suffer from migraine symptoms, then you know how bad they can be:

For some people, migraine symptoms can last for several days. As Mayo Clinic accurately explains, “The pain can be so severe that it interferes with your daily activities,” such as your job or your social life.

Using PEMF therapy for migraines when nothing else works

The symptoms alone are frustrating enough. But to make things worse, migraine headaches are often undiagnosed and difficult to treat, especially with over-the-counter medications.

Unlike with regular headaches, many people do not get any relief by taking NSAIDs like ibuprofen or analgesic pain relievers like acetaminophen. Often, people give up, believing they need to live with migraines forever. Or, they take a step up to more aggressive treatments: prescription medications. But those can be problematic, as we discuss below.

PEMF for Anxiety and Depression vs. Prescription Medications

The differences between using PEMF therapy for anxiety and using anti-anxiety medications couldn’t be starker. Anti-anxiety meds and antidepressants can be harsh on the body, which is why many medications have numerous side effects. PEMF, on the other hand, is a safe, painless and soothing technique that simply involves lying on a mat.

Before we break down some of the negative side effects of such medications, it’s important to note that anyone suffering from severe anxiety or depression should speak to a medical professional immediately. Every person is different and depending on your specific situation, your physician may in fact recommend medication as a supplement to using PEMF therapy for anxiety and depression.

Still, it’s no secret that anti-depressants have known side effects to be aware of. Here are a few examples of the side effects of common medications, including:

Worse yet, these medications can cause these side effects and still provide no relief for your depression. That is why health practitioners in all fields of medicine are increasingly recommending a PEMF anxiety protocol to supplement or replace prescription medications.

Prescription medication vs. PEMF for migraines

One of the reasons why many people use PEMF therapy for migraines is that it is a simple, safe and effective alternative to prescription medications. For many people, some prescription meds only provide some relief while causing side effects that are just as bad as the migraine symptoms, if not worse!

Here are some of the known side effects of common migraine medications:

Given the side effects, many people who suffer from migraine headaches often need to weigh whether the medications are worth it: Is the benefit greater than the risk of side effects?

Often, it’s not worth it. This is why people are increasingly using PEMF for migraines, instead of potentially risky medications that alter chemicals in the brain.

PEMF for migraines: how does it work?

The magnetic waves are applied at different frequencies that you can set on an at-home PEMF machine. The electromagnetic pulses help to stimulate and “exercise” the body’s cells. In doing so, PEMF supports the body’s natural healing processes on a cellular level. This is especially important when there are damaged or dysfunctional cells.

Dysfunctional cellular activity can occur as a result of a physical injury, disease, stress, psychological/mental health issues and numerous medical conditions. Or conversely, the damaged cells can be the root cause of those ailments.

This is why PEMF is an effective solution that helps to:

Now, let’s look specifically at how the benefits of using PEMF therapy for migraines and how it works

By using PEMF therapy for migraines, you help resolve the root cause of a migraine, which most medical professionals agree stems from a disorder within the central nervous system.

Migraines can involve up to four stages (known as prodrome, aura, attack and post-drome), but the attacks are principally caused by inflammatory electrical mechanisms that occur on a cellular level and/or in response to imbalances of electrical signals in different parts of the brain. The attack thus involves numerous different brain structures and neurotransmitters, which is why it can cause the wide range of symptoms outlined above.

PEMF uses electromagnetic waves to correct those imbalances and reduce the inflammation that causes migraines to occur.

What’s more, some PEMF devices like the iMRS Prime and Omnium1 come with specialized devices that you wear on your head, much like goggles, to target activity within the brain. These devices use color, light and sound (sometimes referred to as “brain wave entrainment”) to synchronize both hemispheres of the brain and deliver additional benefits, such as deep stress relief, increased oxygenation, emotional balance and increased brain power.

Brain wave entertainment can be used in conjunction with PEMF mats when using PEMF for migraines. This provides the maximum benefit and can be used to prevent an attack or get relief from an attack in progress.

What the science says about PEMF for migraines

Numerous medical studies and clinical trials have studied the effectiveness of using PEMF for migraines.

Get more information about using PEMF for migraines today

Learn more about using PEMF therapy for migraines and other ailments. Contact us today to learn how PEMF devices like the iMRS Prime or Omnium1 can provide the relief you need.

Are you ready to maximize your health and enjoy the benefits of PEMF therapy?
CONTACT US

How Much Does a PEMF Machine Cost?

5 Best PEMF Therapy Devices in 2023 Using a PEMF therapy machine is an effective, non-invasive way to relieve pain, increase energy and achieve a

Where PEMF Fits into Holistic Medicine

You will have access to PEMF – the 5th Element Book + Bonus Chapters, Our Brochure, Videos, Testimonials and MORE! No Cost Ever!